The History of Louis Vuitton

How did a French teenager working for a box-maker turn his name into one of the most desired luxury brands in the world? A brief history of Louis Vuitton, as it happened… 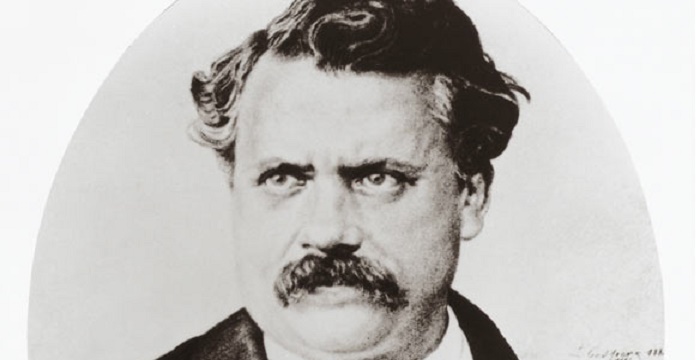 1837 - 16 year old Louis Vuitton begins an apprenticeship at the Parisian atelier of Monsieur Marechal, an esteemed box maker. Craftsmen like Marechal are important to concerned travellers who don't want their valuable possessions banging around on horse-drawn carriages, boats and trains. He packages these goods protectively for them in his specially made boxes and everyone is happy. Until Louis thinks up something new… 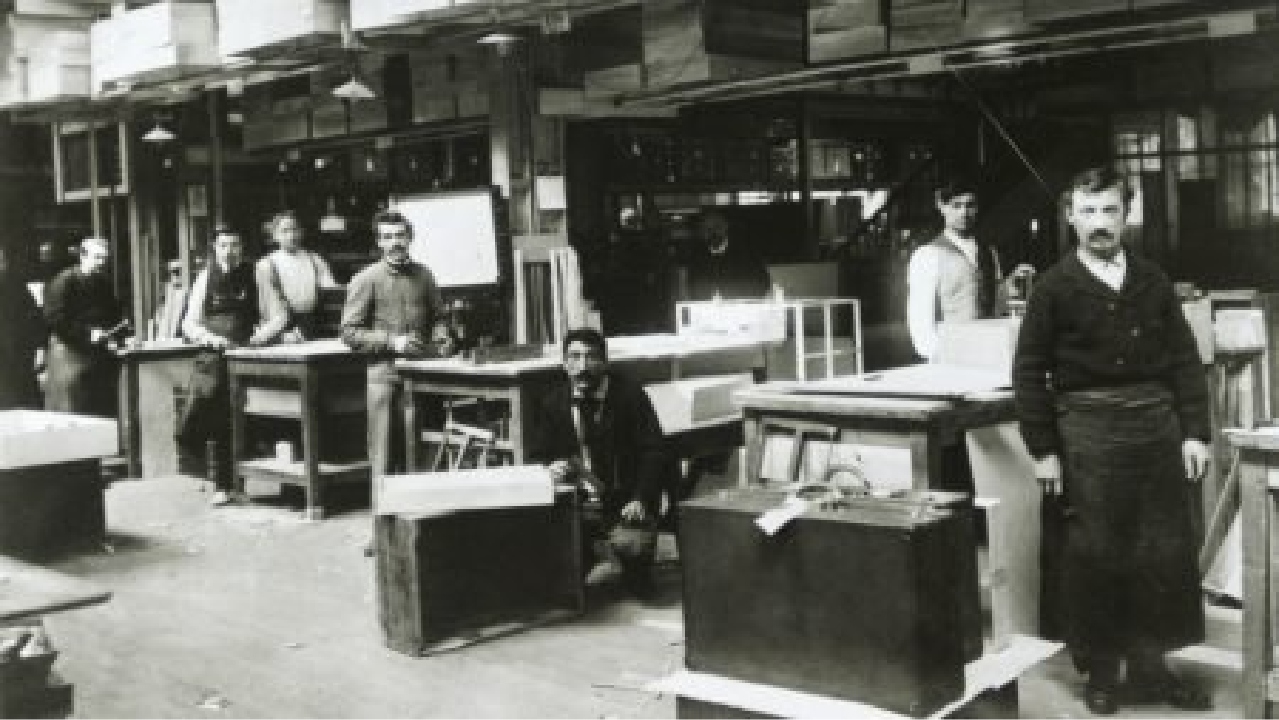 1854 – 17 years of artisanal training with Monsieur Marechal have given Vuitton the skills he needs to branch out on his own and come up with some fresh innovation. His first Louis Vuitton workshop opens in the mid 1850s, at 4 Rue Neuve-des-Capucines in Paris, and in 1858, he introduces his revolutionary stackable trunks, which change everything.

The lightweight, airtight cases are a revelation, and word soon gets around amongst well-to-do travellers. The trunks have flat bottoms, instead of the rounded-top styles so far available, and everyone wonders why no one has thought of such a thing before. It’s genius. The popularity of Vuitton’s designs grow so much that other luggage makers soon cotton on and begin feverishly copying him. 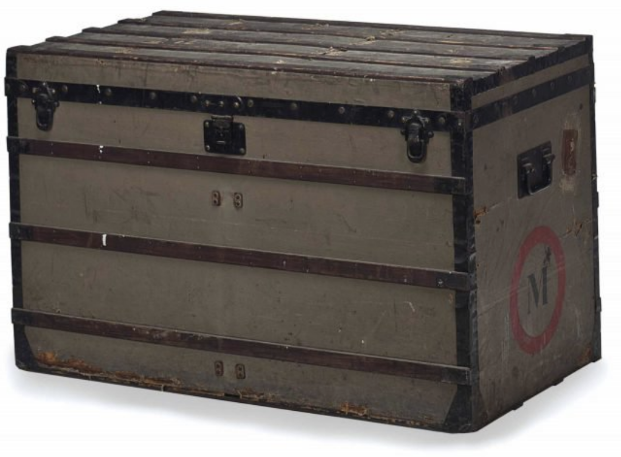 1876 - Some things never change. Just like today, where Vuitton rip-offs are a constant battle for the company, so too is imitation of the brand in these early years. Wary of the flood of imitations, Vuitton changes the Trianon design to a brown and beige striped pattern. However, by 1888, his designs are still being so widely copied that he again changes it and creates the (still popular) Damier Canvas pattern, with a logo reading ‘marque L. Vuitton déposée’. Now savvier, and with an ever growing brand to protect, he registers his trademark. Smart move. 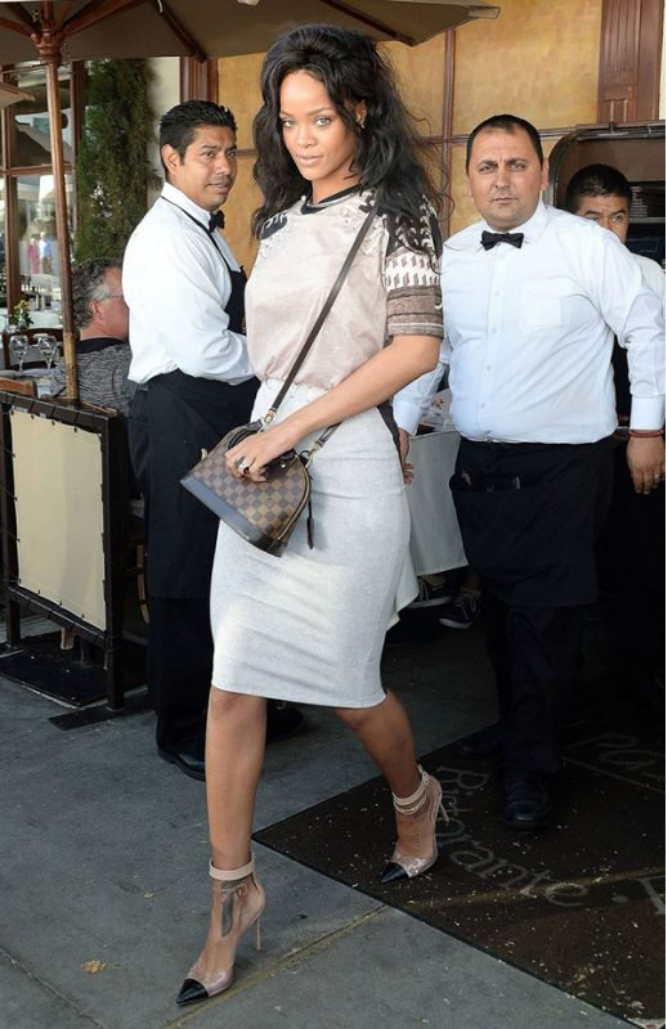 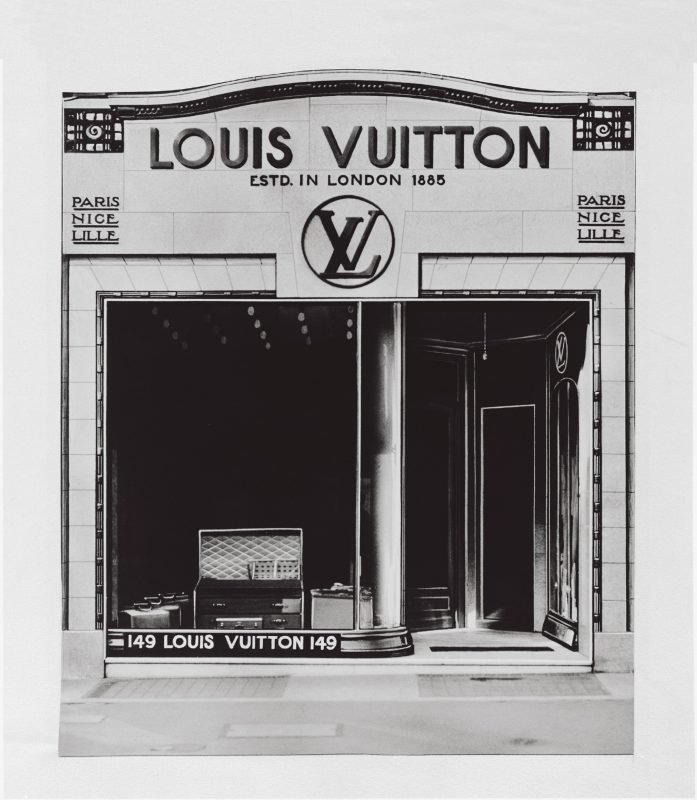 1892 - Louis Vuitton dies and management of the company is taken over by his son, George. George Vuitton is determined to turn the company into a global corporation, and begins exhibiting at international trade fairs. 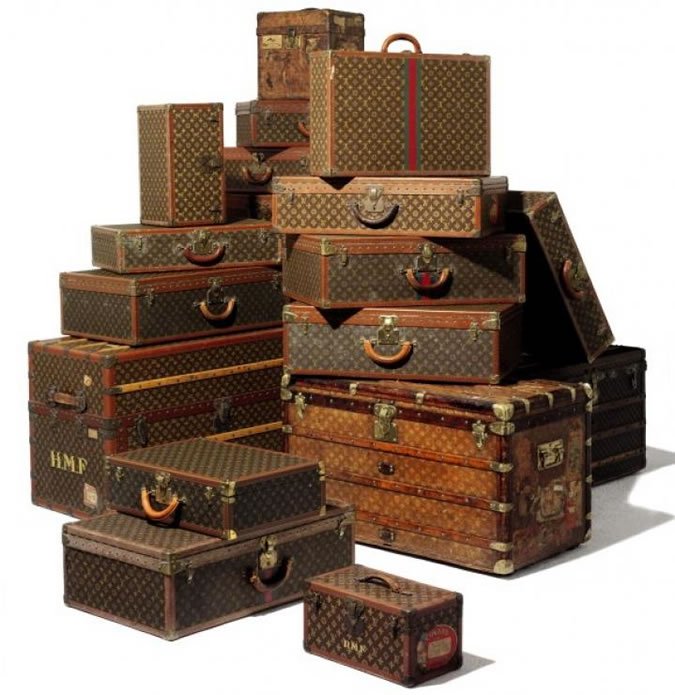 1896 - The now iconic monogrammed 'LV' canvas is launched and patented worldwide, a move that successfully prevents much (though by no means all) counterfeiting in years to come. 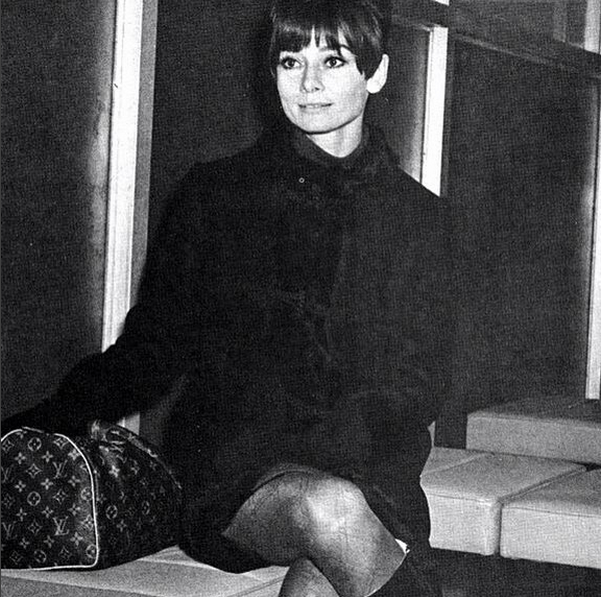 (Audrey Hepburn with her Papillon bag)

1900s - The Louis Vuitton company continues to introduce new products, many of which are still manufactured today. The Steamer bag (a smaller bag that fits inside the larger trunks), the Keepall bag, The Noé bag, the Speedy bag and the Papillon bag (the well-known cylindrical bag) are all created during the 1900s, as the Vuitton empire successfully expands. 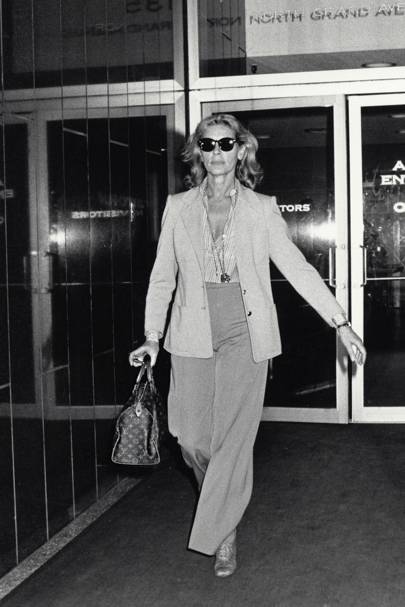 1936 - George Vuitton passes away. By this time, the company has stores all over the world. George’s son, Gaston-Louis, takes the over the business and shortly thereafter, begins incorporating leather into the company’s range.

1950-60 - In the late 50s, the Monogram canvas is remodelled into a softer, more yielding version so that it can be used for bags, purses and wallets. Louis Vuitton products are now a regular feature on the arms of the rich and famous. Wealthy socialites. Glam movie stars and royalty. Jet setting billionaires. A Vuitton handbag or suitcase is the ultimate status symbol. 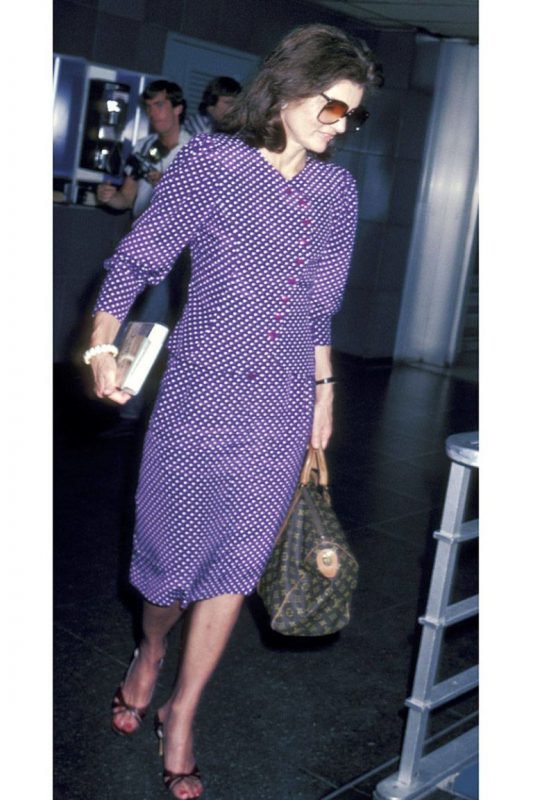 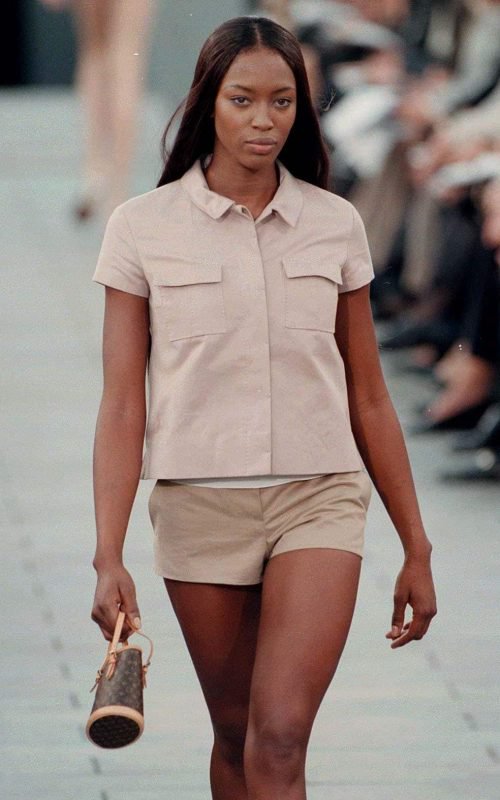 Late 20th century - Louis Vuitton is now operating 130 stores around the world. The LVMH group is created in the 1980s, a luxury conglomerate that merges Moët et Chandon and Hennessy with the Louis Vuitton company. Marc Jacobs is appointed artistic director in 1997 and the following year, presents the brand’s first male and female ready to wear collections. Celebs love it, fashion editors love it and the fashion buying public love it, which means that the brand's clothing line has taken its place, alongside its bags, on millions of people's lust-have lists. 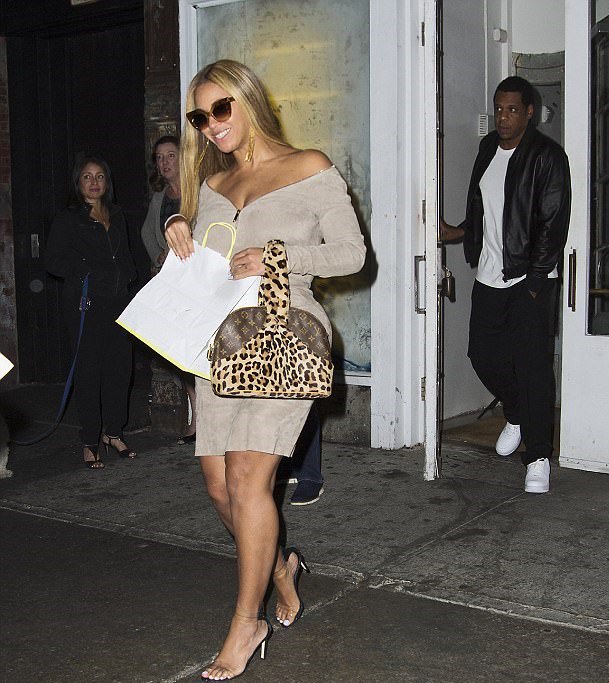 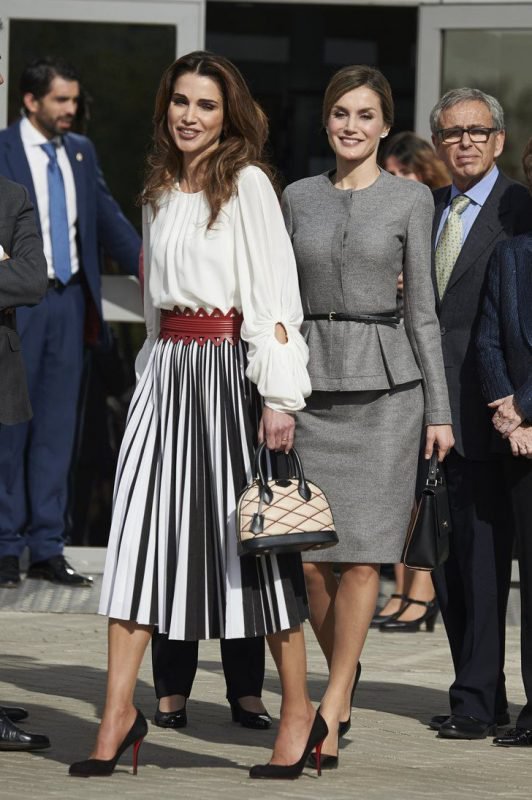 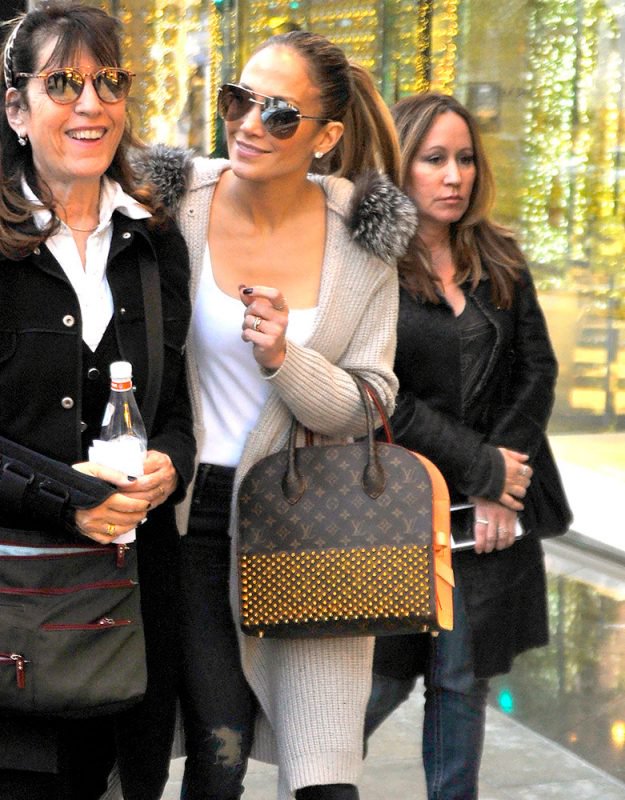 2000 and beyond –The new millennium heralds the arrival of the multi-coloured canvas range, the classic monogrammed canvas in 33 different colours on white or black backgrounds. As with most things Louis Vuitton puts out, the fashionable and the fabulous scramble furiously for a piece of it, and the multi-colour design is a massive success. The brand knows how to stir up interest - it also launches a limited-edition graffiti pattern print. Certain pieces of this graffiti collection are made available only to a VIP customer list, which obviously makes everyone salivate over them even more. But unless you're a Louis Vuitton VIP, it's too bad – it doesn't matter how much you beg: it isn't happening. 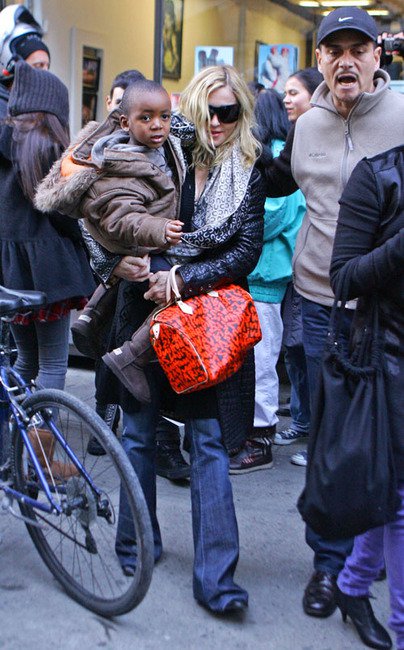 In 2004, the brand celebrates its 150th anniversary and opens stores in New York, South America and South Africa, as well as its first global store in Shanghai. Six years later, Louis Vuitton unveils its most luxurious store yet, in London. You'll need to have patience ( as well as a healthy bank account) if you stop by their New Bond Street location today, as you'll be placed in a queue to enter. The staff are focused on providing an attentive and personalised service, in a spacious, uncrowded environment, so they only allow a handful of customers in at a time. 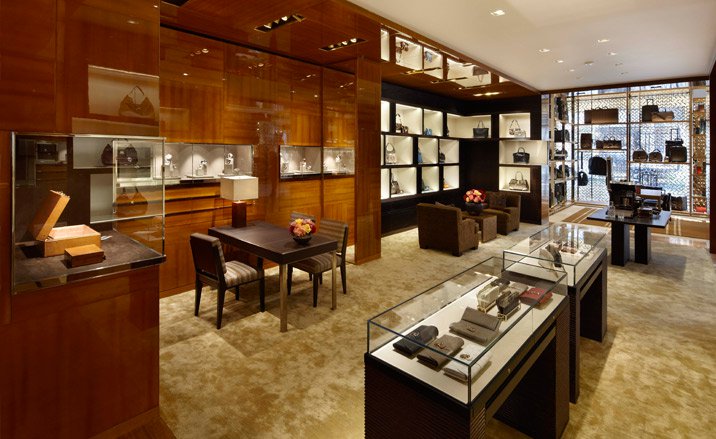 The present.
Today, Louis Vuitton is one of the most valuable fashion brands in the world. Since inception, all of its products have been made by hand, their quality adhered to with time-honoured methods of careful construction. Their bags and accessories are joined by a line of ready to wear clothes which show at Fashion Week, and of course, their frow is always a glittering, glistening line-up of the hottest, most beautiful and most influential faces in the modern world. We saw the Beckhams, Anna Wintour, Emma Stone, Sienna Miller, Kate Moss, Kardashians, Jenners and some huge football stars, just to name a few, at the 2018 shows. 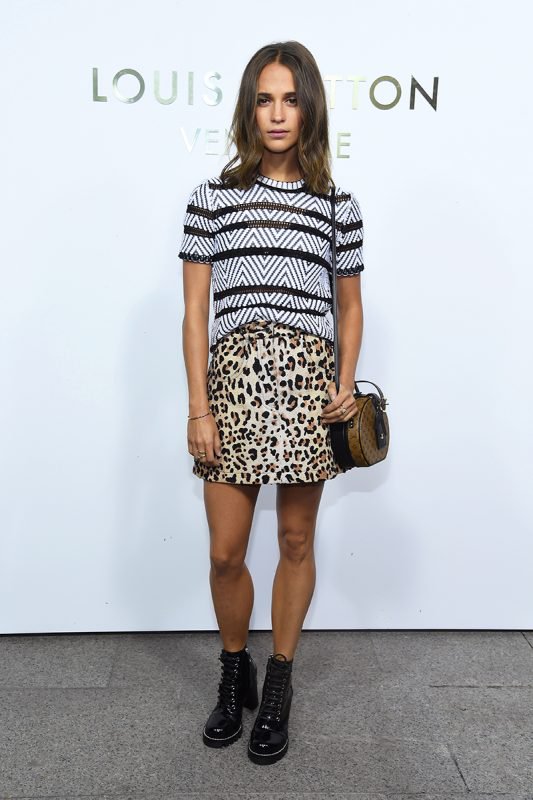 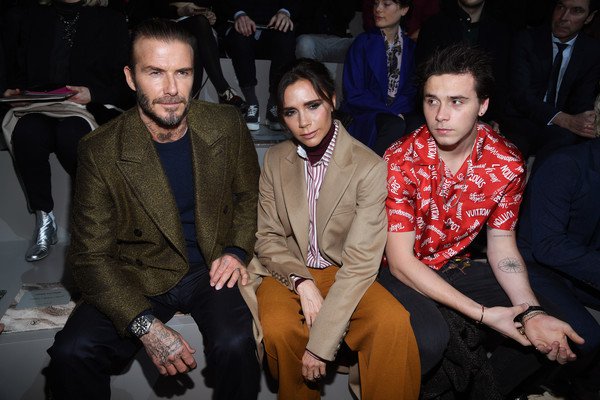 The Beckhams at the Louis Vuitton show, Paris Fashion Week, 2018

The brand’s power and lustre simply never diminishes and a universal truth remains - regardless of what fashion is or isn't doing at any given moment in time, Louis Vuitton continues to be highly desired. We wonder if that 16 year old box maker's apprentice, in 19th century Paris, could have ever imagined as he went about learning the tools of his trade, that his name would one day be internationally recognised as one of the most coveted luxury goods labels in the world!