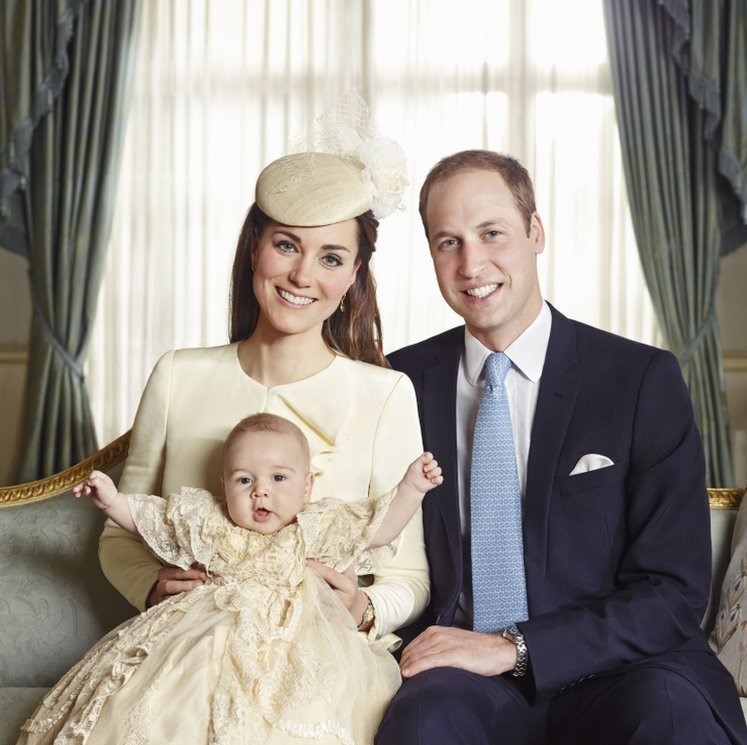 It was a Royal Affair but not as we know it. Prince George Alexander Louis was christened in front of an intimate guest list of 22 and was much more well behaved than those that had gone before him. The third in line to the throne wore an exact replica of the gown worn 172 years ago by Queen Victoria's first born, and my, what beautiful lace! 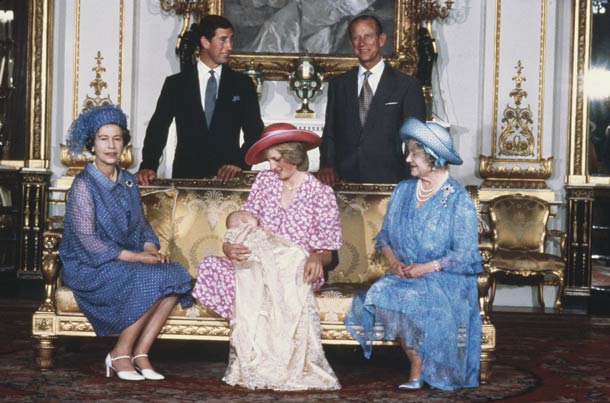 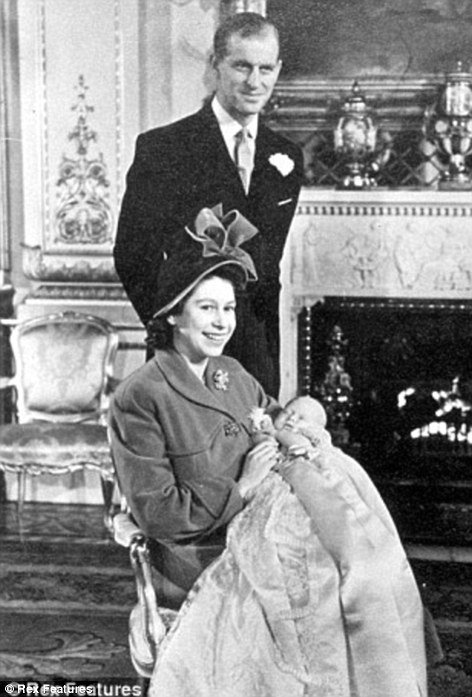 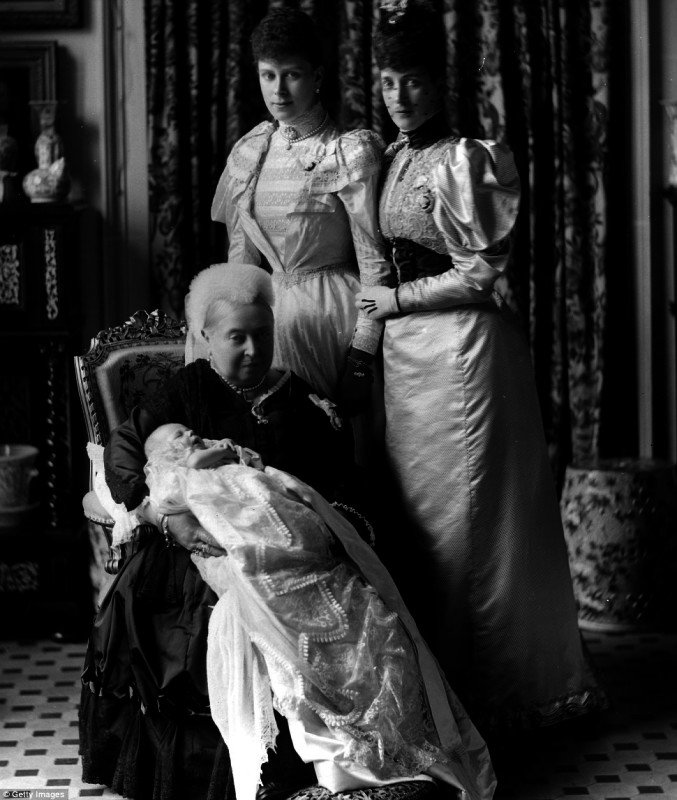 The future King Edward V||| after his christening in 1894 with his Great Grandmother, Queen Victoria, his mother Mary of Teck, and his Grandmother and daughter of Victoria, Alexandra who first wore this gown 53 years earlier.

Here are our favourite looks from the Royal Christening: 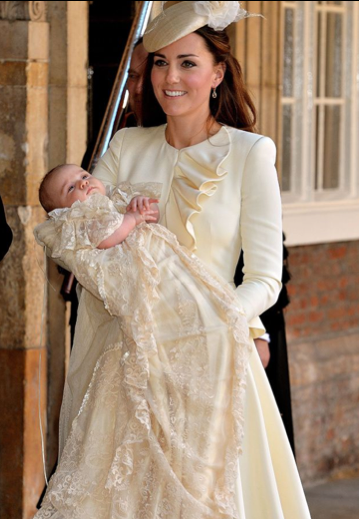 Prev
Next
The Princess of Cambridge has clearly found her favourite designer for her milestones. Re-create the McQueen look with Wool Crepe
Shop it HERE
Prev
Next 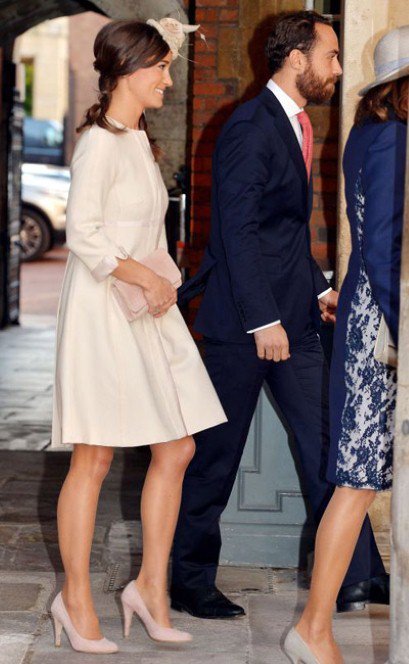 Prev
Next
Pippa Middleton matched her Sister with a 60's inspired pleated coat.
Shop the fabric HERE
Prev
Next

Prev
Next
The Duchess of Cornwall wore Jakob Schlaepfer Sequin Boucle made by Fiona Clare and a Philip Treacy hat that we adore.
Shop more of our Sequin Boucle's HERE
Prev
Next 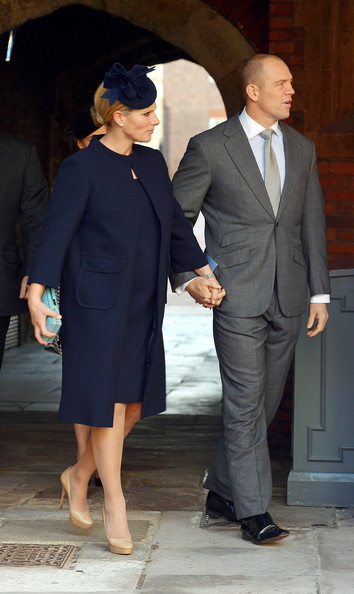 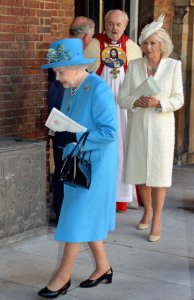 Prev
Next
Her Majesty wore a coat made from our sky blue Cashmere.
Shop Cashmere HERE
Prev
Next 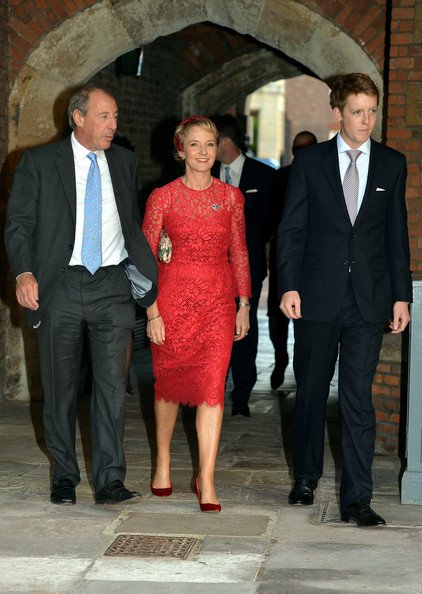 Carole Middleton went for an hourglass illusion in Blue wool and lace panels.
Get the look, Shop Wool HERE.
Shop the Lace HERE.

The official photos were released last night and they are rather lovely shots! 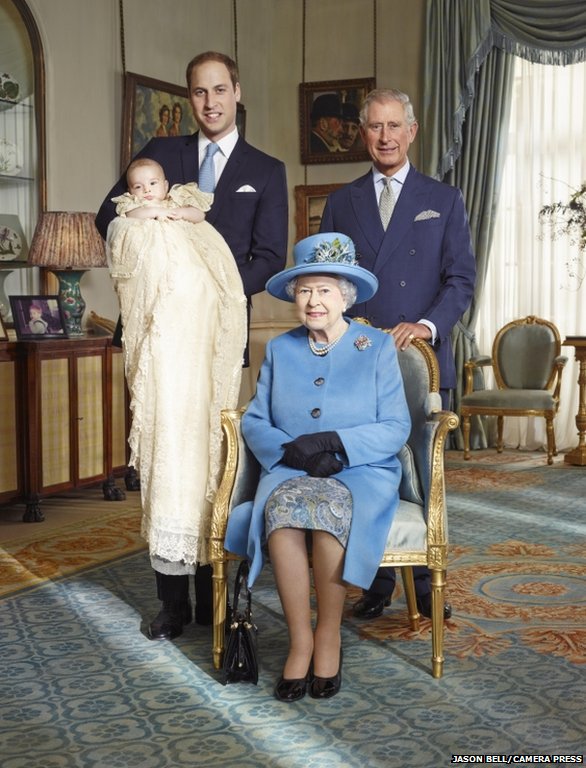 The Queen with three future kings. 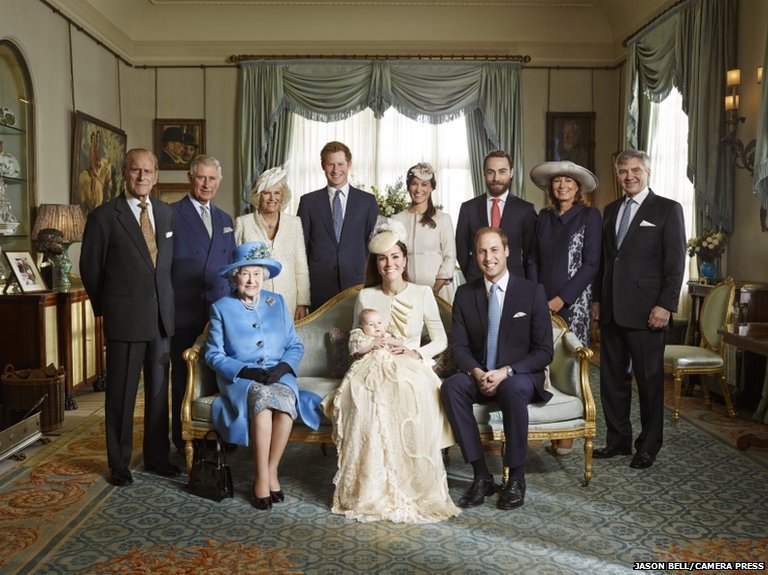 We leave you with the Mother of all customer creations. The very talented Fiona Clare has sent us this exciting picture of the Duchess of Cornwall's coat: 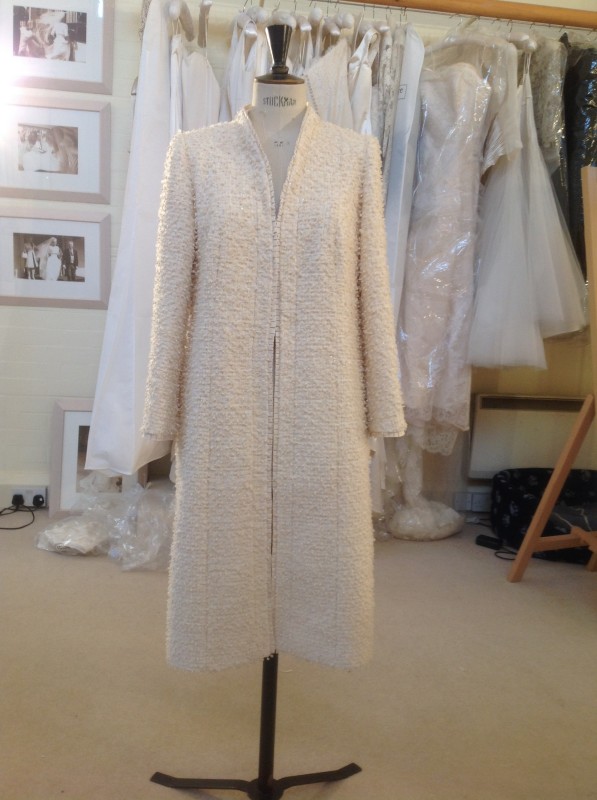 The Express Paper said that Camilla "was one of Britain's most stylish grandmothers at the christening of baby Prince George yesterday, in a well-cut knee-length coat and arresting hat."