What a Weekend! The Coronation Festival at Buckingham Palace

After months of preparation, weeks of apprehension and many sleepless nights, the Coronation Festival at Buckingham Palace has finally been and gone. And with over 60,000 visitors spread over four days in the heat of a typically un-British summer, what a busy and exciting time it was for us!

For those of you who don’t know, the Coronation Festival was a one-off event held in the Gardens of Buckingham Palace this past weekend in celebration of the 60th anniversary of The Queen’s Coronation. This Festival brought together over 200 companies who hold a Royal Warrant of Appointment, giving them the opportunity to showcase and celebrate the excellence of their trade or craft.

From chimney sweeps to barbers, horse-bedding suppliers and chocolatiers, the Coronation Festival really gave the public an idea of the range of companies who supply goods and services to the Royal Family.

Joel & Son Fabrics was honoured be have been granted a Royal Warrant 15 years ago as suppliers of fabrics to H.M Queen Elizabeth II. We of course were delighted and privileged to be given the opportunity to showcase our fabrics at the Coronation Festival itself.

After much deliberation about the layout of our stand, we decided to create a miniature replica of our Church Street, London shop. For those of you who have visited us, we are sure you can understand the challenge we faced in trying to condense a shop holding over 20,000 fabrics into a 3 metre by 3 metre stall...so take a look at our finished stand!

Joel, of Joel & Son Fabrics, in our finished event stand.

The first day of the event was open to VIP guests only, and Joel & Son Fabrics was very privileged to have a special visit by some members of the Royal Family. 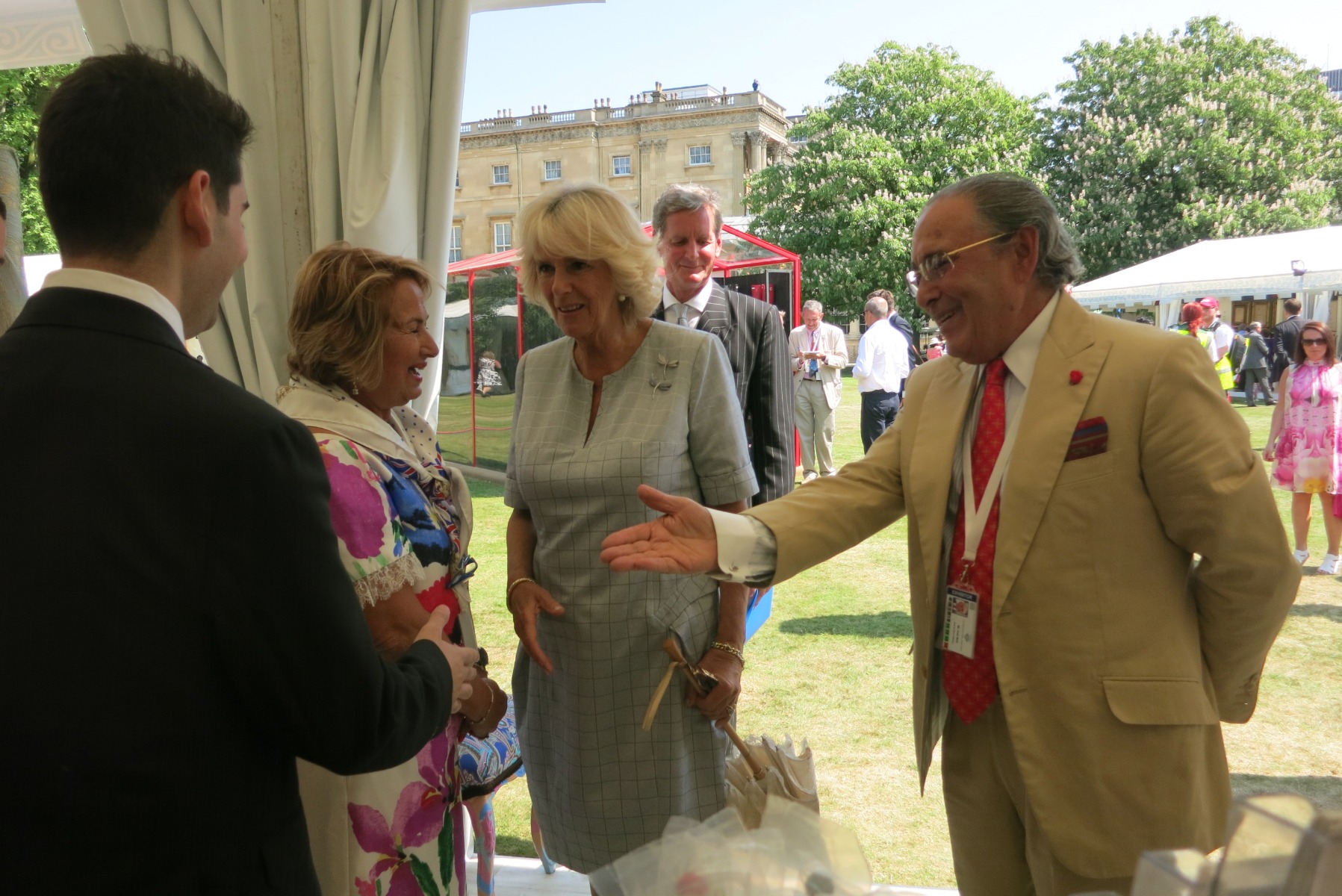 As the VIP day came to a close, the Festival was opened to the public for three days. Our stand was inundated with Festivalgoers from morning til evening, as people were intrigued to get a glimpse of some of the fabrics worn by Her Majesty. 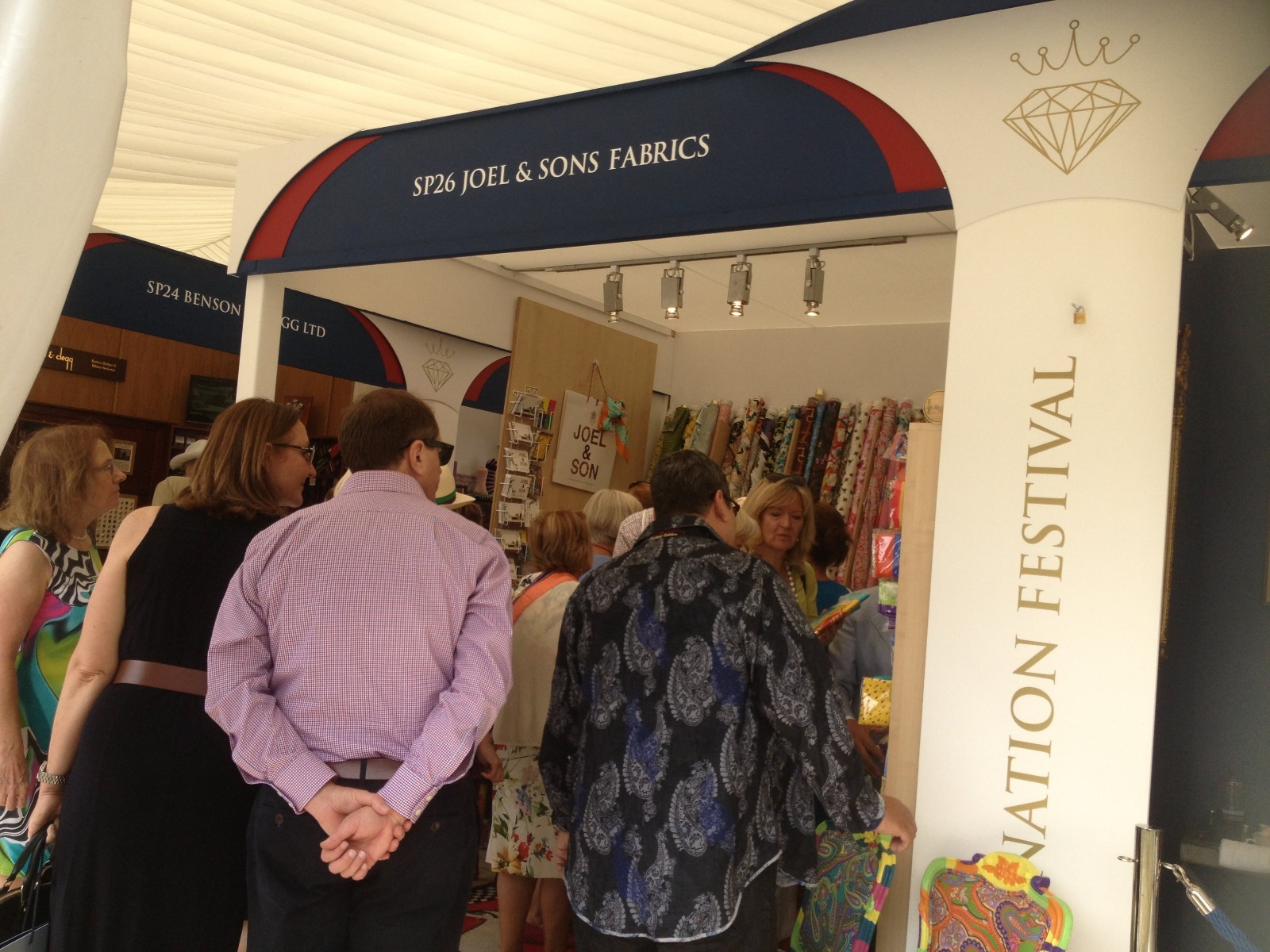 The four day Festival came to an end in what seemed to be a blink of an eye, but we will forever cherish the memories of being a small part of the 60th anniversary of The Queen’s Coronation at the Coronation Festival.