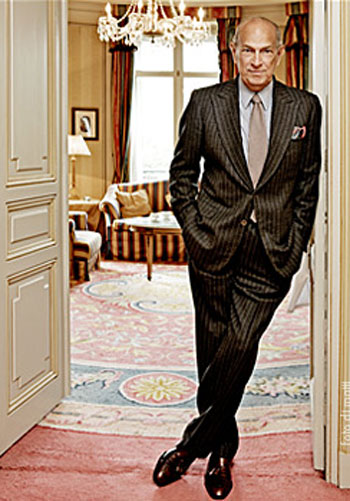 Oscar Artides Renta Fiallo known professionally as Oscar de la Renta was born in the Dominican Republic on 22nd July 1932 and sadly passed away four days ago on 20th October 2014.

Mr. de la Renta blessed the world with creativity and timeless beauty, leaving a legacy behind him. Though most people, when they think of Oscar de la Renta, think of the couturier who dressed the first ladies (Jackie Kennedy, Nancy Reagan, Laura Bush, Hillary Clinton) 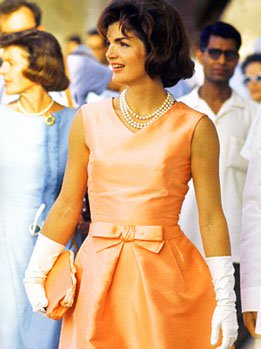 or the celebrities he clothed for the red carpet (Sarah Jessica Parker who famously played Carrie Bradshaw in SATC, Amy Adams or Taylor Swift) 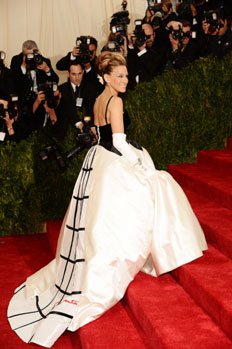 or the wedding gowns he designed (for Huma Abedi, Kate Bosworth or his last famous work before his passing; Amal Clooney); we think of two entirely different things. 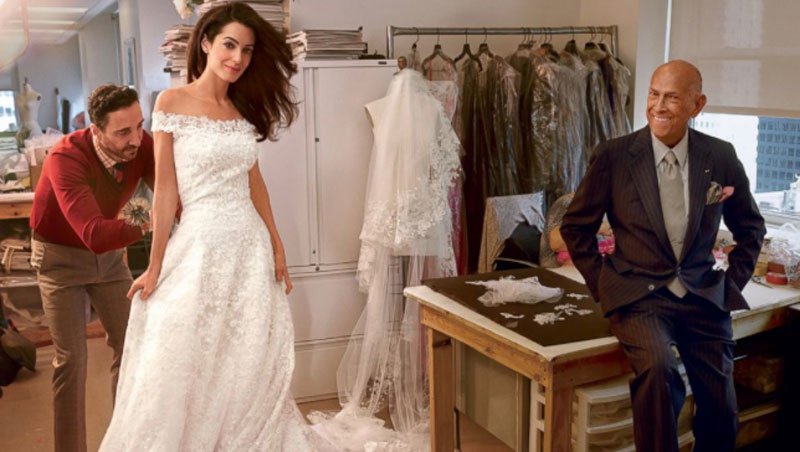 When every show was due to start, Oscar de la Renta would stand backstage in a perfectly tailored pin-striped shirt, silk tie and pocket handkerchief; waiting for his audience. Keeping to his schedule in real time as opposed to fashion time because it is the correct thing to do. Even during the collections last month, when unfortunately he was visibly frail, Mr. de la Renta still behaved with impeccable manners and greeted his audience in his suit and tie of course!

Mr. de la Renta was known to love his garden in Kent, Connecticut; as a pass time. It was his ethos for gardening that has driven his career into the success that it will remain forever more. Many quotes are surfacing the internet of Oscar de la Renta’s beliefs to empower women and design beautiful clothes but the secret behind his success are his famous words “…you need patience for something to grow.” Just like his garden. “The trees you plant you may never see in their full glory, while ones you enjoy now were put there by people who may never have seen the results of their work.” All Mr. de la Renta’s works both couture and ready to wear were built on a commitment and value system, constructed and maintained over time. 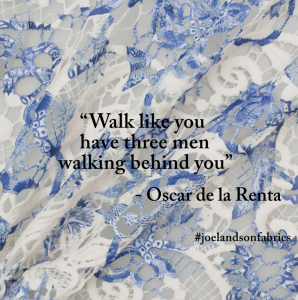 He believed in hard work and the importance of appearance. The importance of beauty because elevating the exterior would essentially elevate the interior. He believed in lace and colour and ruffles (but never too many) and balance and silks and applique and everything to make a woman look and feel amazing. He would not believe in fashions but to create beautiful clothing. His famous words “walk as if you have three men walking behind you” illustrate this perfectly. Oscar de la Renta believed in the long game.

These kinds of values may be easily dismissed as old fashioned especially in the industry that I work in. The ‘it’ bag, the shoes of the season, so on and so forth but Mr. de la Renta is the only designer that comes to mind that wore a traditional suit and tie to work every day. At a time when consistency is often undervalued in favour of change, fashion house’s heritage thrown out the window and five year term plans. Mr. de la Renta’s life stands in opposition, a case study for what he learnt in his garden.

Trained with Cristobal Balenciaga and Antonio del Castillo, Oscar designed for major fashion houses Pierre Balmain and Lanvin before he opened his own eponymous fashion house; Oscar de la Renta. The brand has blown up into a magnitude of success but he understood that he will never experience it in it’s full glory because the way he built it was so that it would grow on without him.

Already choosing a successor for the brand before his death, Peter Copping (who’s shoulders the next season rests), Oscar de la Renta’s end is also a beginng. In his immaculate suit, on his schedule, he designed it that way. 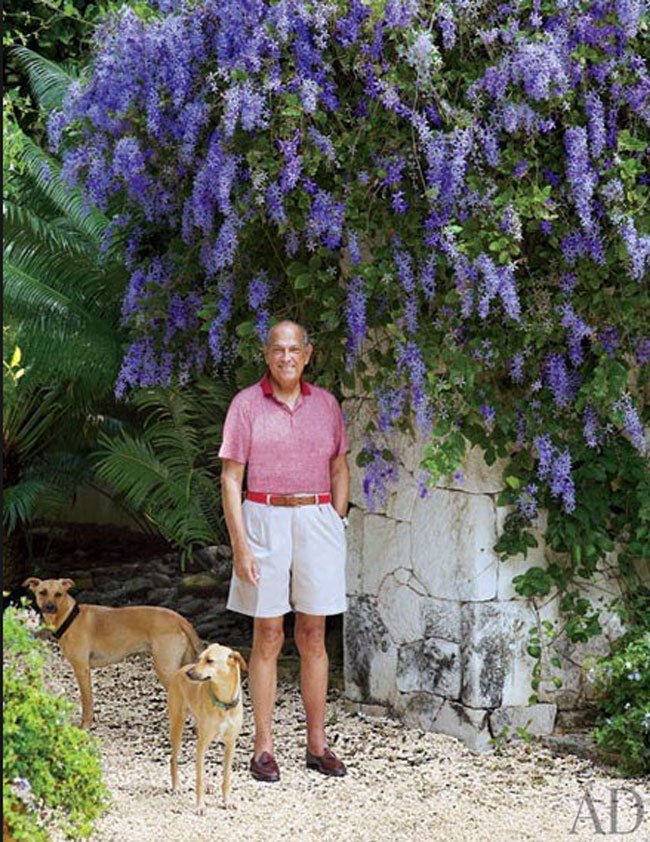 All photographs used are for illustration purposes only.