2018 gave us its fair share of big fashion moments. Who could forget Pope Rihanna at the Met Gala, Queen Elizabeth sitting FROW beside Anna Wintour (and looking fabulous) at her first ever London Fashion Week or Meghan and Priyanka's multiple rounds of wedding finery? Here's to you, fashion world of 2018. This is your year.

Kim Jones farewelled Louis Vuitton as Menswear's Creative Director, with his final show for the brand. Will Virgil Abloh fill his shoes? The early signs are good, but only time will tell. 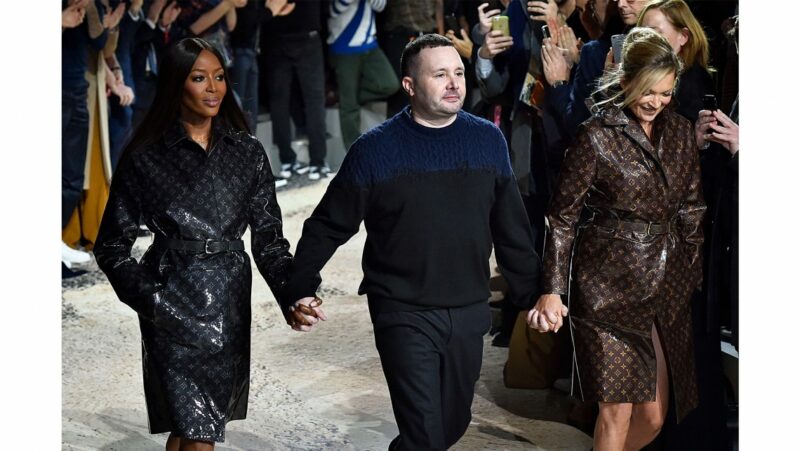 For the first time ever, Queen Elizabeth II attended London Fashion Week, enjoying British designer Richard Quinn's show from the front row. The Queen of England sitting beside the queen of fashion, Anna Wintour, was definitely one of the most memorable fashion images of 2018. 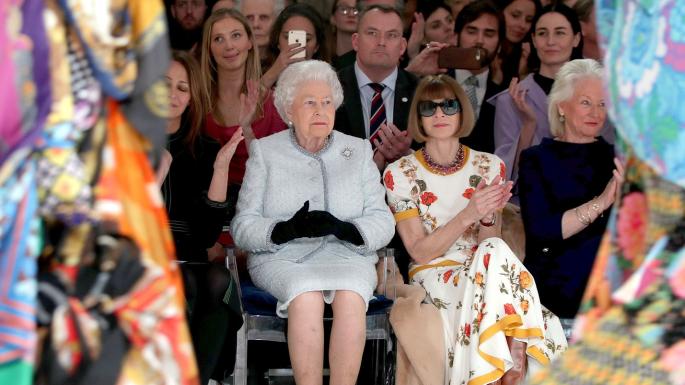 Legendary fashion designer, Hubert de Givenchy, passed away in March this year, at the very respectable age of 91. One of the most celebrated gentlemen of fashion, he will forever be remembered for his elegant tailoring and iconic designer/muse relationship with actress Audrey Hepburn. 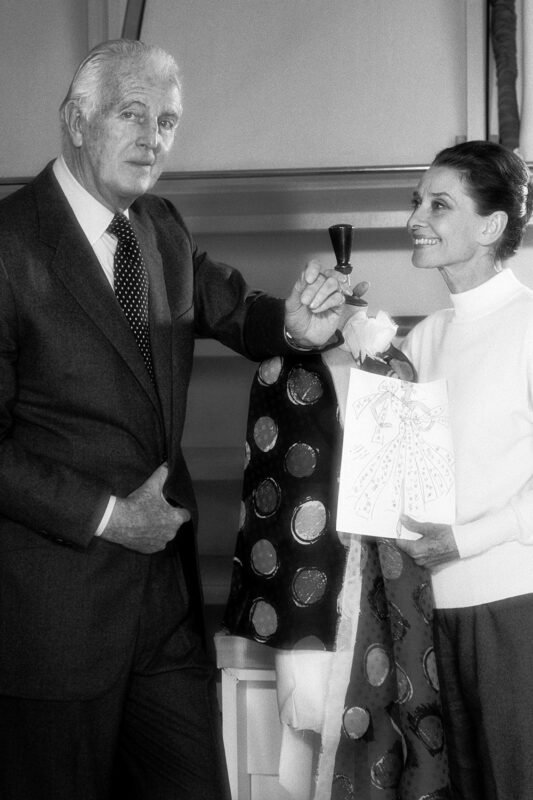 Beyonce rocked the Coachella stage in this metallic, bejewelled and utterly fierce ensemble, like the true queen that she is. 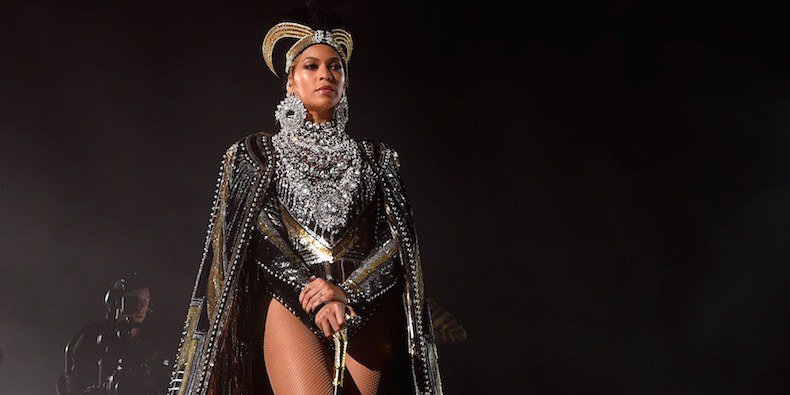 There are few bigger style standouts from 2018 than Meghan Markle in general. If we had to choose just one moment that perfectly epitomised the glorious, minimalist elegance of our new Duchess, this Stella McCartney dress, worn to her wedding reception, is it. 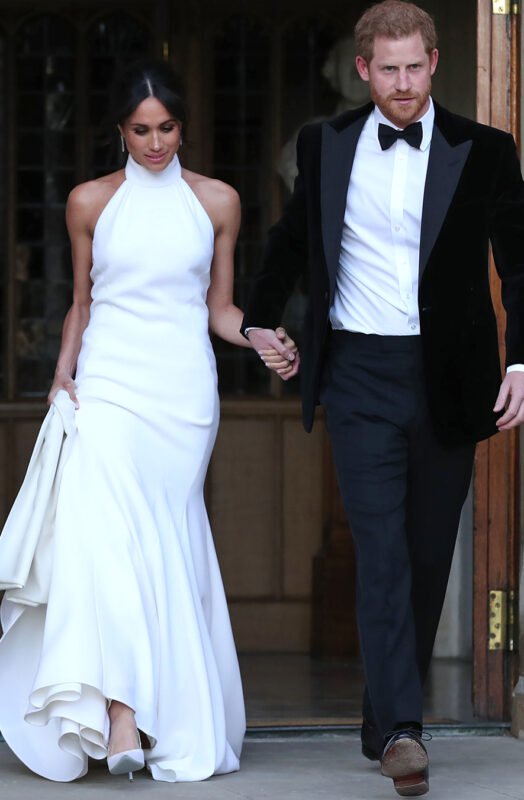 Honourable mention: The theme of this year's Met Gala was 'The Pope Wears Prada', and Rihanna's papal inspired John Galliano design was definitely one of the most spectacular (and controversial) Met Gala costumes ever.

Sad news in June, when renowned designer, Kate Spade, was found dead from an apparent suicide. Fans left flowers and notes at the door of her building in New York, keen to pay their respects. 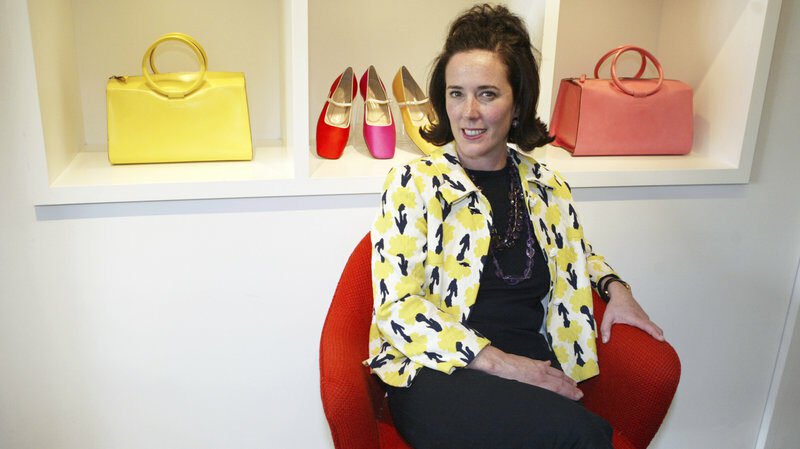 The Chanel Fall/Winter Haute Couture show at the Grand Palais in Paris was characteristically lavish. The preparations for the elaborate event is now the subject of a behind-the-scenes Netflix documentary. 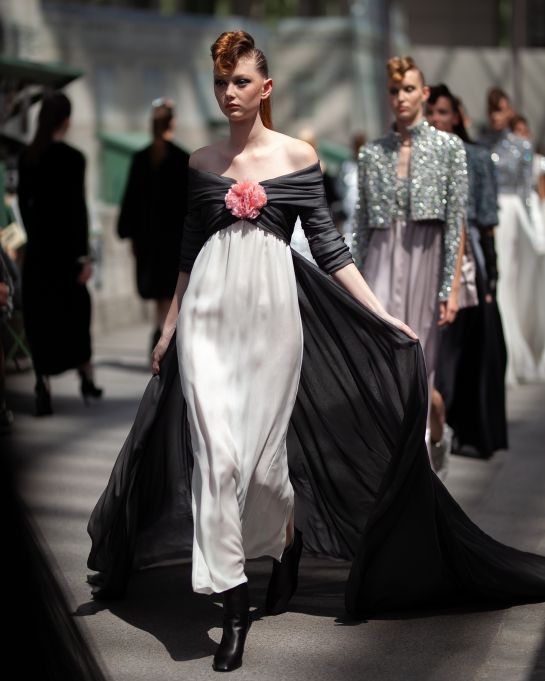 Another day, another suit, for Blake Lively, who went on a suiting spree whilst promoting her new movie, A Simple Favour. Ladies in suits were a bit of a thing this year and no-one did it better than Blake in this Zimmermann number. 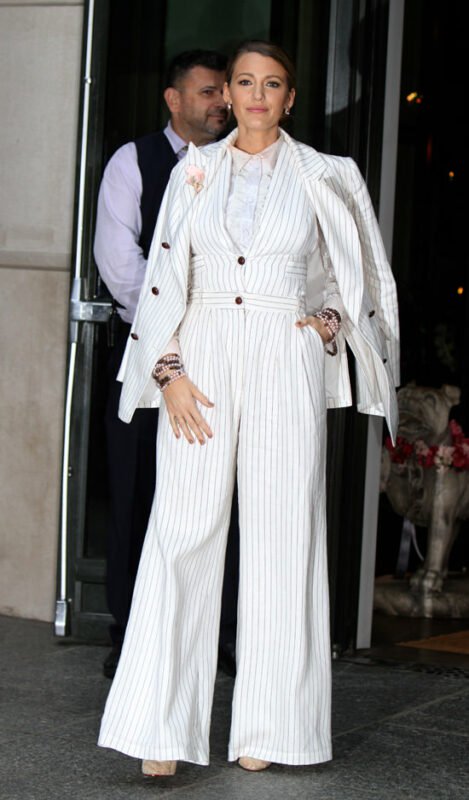 Ralph Lauren's 50th anniversary, held at New York Fashion Week. The fashion show itself starred one of the world's hottest supermodels Gigi Hadid, but the hottest ticket in town was for the evening's Black Tie party celebration, which was attended by a who's who of the most glittering A-listers on the planet. 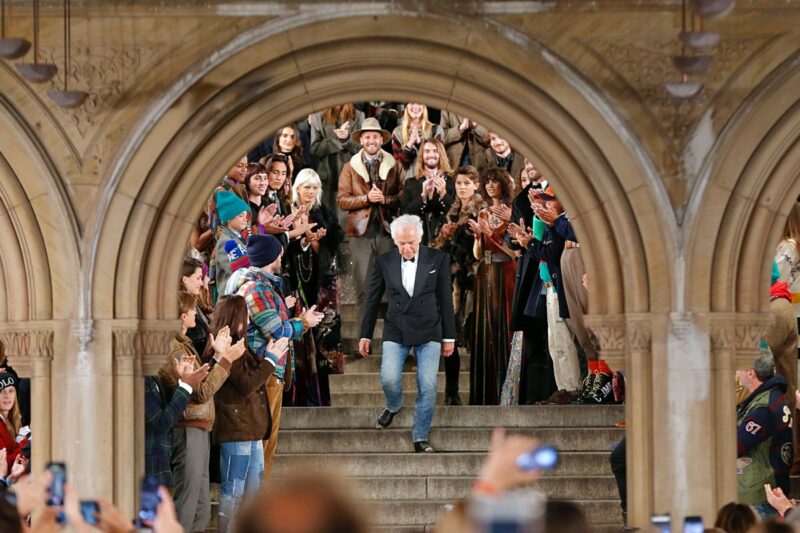 We couldn't leave this huge moment out of our fashion retrospective! London Fashion Week announced that it would be the first international fashion event to completely ban the use of genuine fur on its catwalks, and we couldn't be prouder or happier about it. 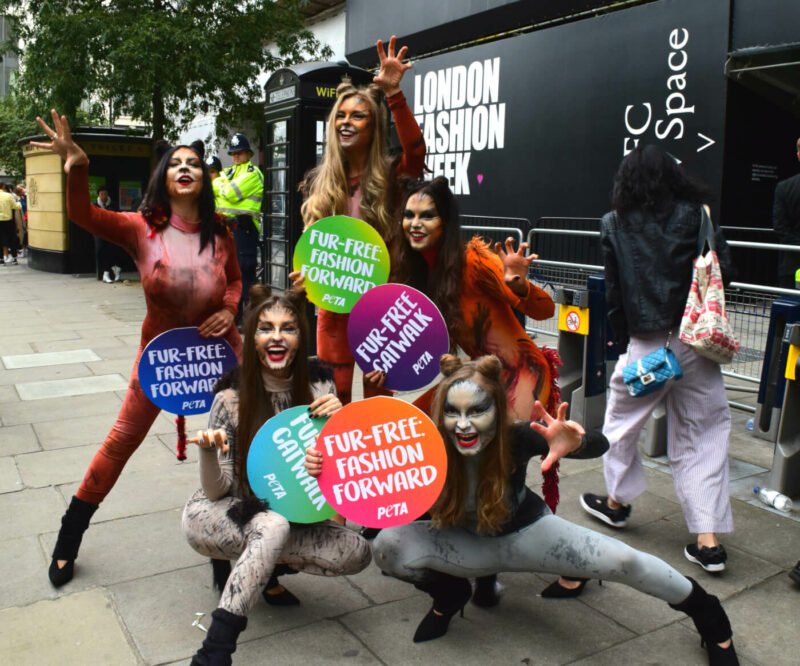 Honourable mention: Lady Gaga in her pink, feathered Valentino haute couture dress, at the Venice premiere of A Star Is Born. Was this just about the most dazzling red carpet appearance of the year?! 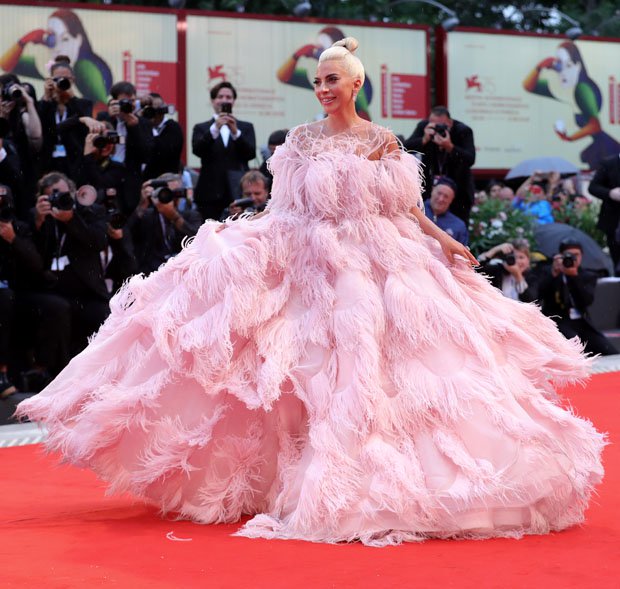 Bohemian Rhapsody star, Rami Malek, made a lot of daring style moves in 2018. When he showed up to the American Music Awards wearing this perfectly cut, checked Givenchy jacket, his status as a style icon was sealed. 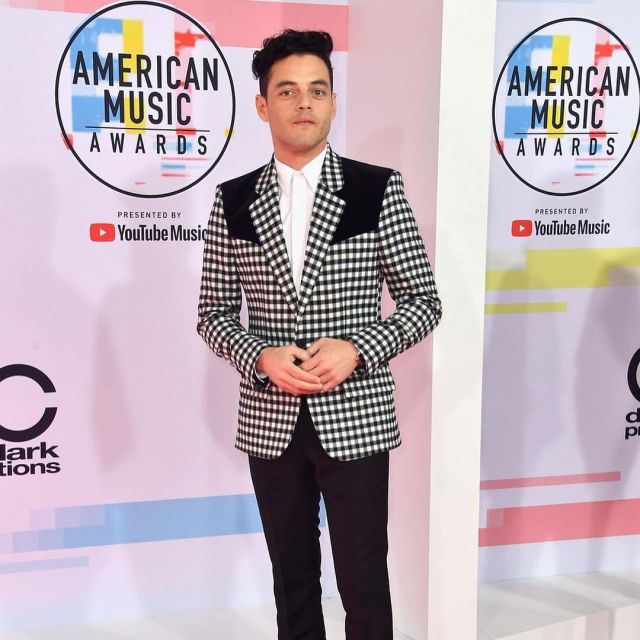 The annual Victoria's Secret show was a roll-call of the hottest models in the world right now, including Kendall Jenner and Gigi Hadid. It was also the last ever VS runway show for brand legend, Adriana Lima, who walked her last ever Victoria's Secret catwalk at the 2018 show. 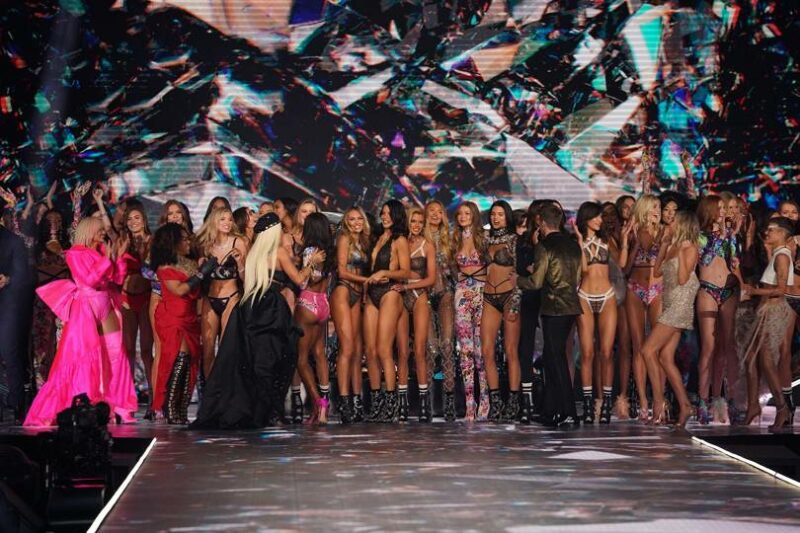 Priyanka Chopra and Nick Jonas got married in December, 2018, and in the process handed us not one, but five stunning bridal outfits. The most recent picture released revealed the bride in a floaty, red Christian Dior haute couture gown that reminded us exactly why we will be waiting with baited breath for every outfit Mrs Chopra Jonas wears from here on in. 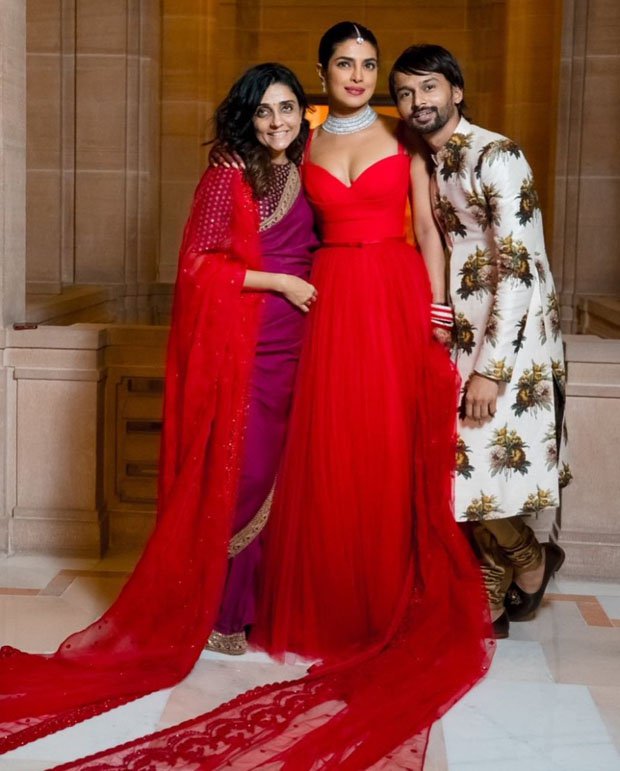 What was your favourite fashion moment of 2018?