Joel & Son Fabrics were invited by the British Fashion Council to attend the British Fashion Awards on Monday evening. With much excitement we entered this prestigious black tie event wearing our finest fabrics and took our seats (with a glass of champagne in hand of course!).

This year the BFA categories had tough competition. We were particularly excited to be part of an audience that so warmly welcomed the infamous and profoundly talented John Galliano back into the industry after a three-year interval. John introduced one of the most influential and respected women that the fashion world has ever seen. With much emotion he shared personal stories… how her true loyalty and good heart sets her apart from many, how she is not only talented for the work she has done for the last thirty nine years as Editor-in-Chief for U.S. Vogue but how she is a devoted philanthropist most of all. With a standing ovation the one and only Anna Wintour took to the stage.

Delivering a moving speech about how proud she is of her British heritage and the gratitude she feels for the risk taking designers that originated in this country, Anna Wintour OBE accepted her award for Outstanding Achievement. Anna said how incredibly blessed she feels to have worked with such great people in her career. She thanked the British Fashion Council for this award and everyone that has supported her over the years.

The sought after Isabella Blow Award for Fashion Creator was given to the deserving Edward Enniful. The W Magazine Fashion & Style Director started his career in the 90’s when they had no budget for photo-shoots and it was this that shows his pure sense of creativity and passion that brought his work to life. Many celebrated Edward Enniful’s talent throughout the night especially Naomi Campbell and Rihanna who presented his impressive award.

With much anticipation, it was announced that Victoria Beckham had won the 2014 Brand award. Her SS15 ready-to-wear collection encompasses a clever and carefully crafted mixture of beige heavyweight linens. These are tailored into an array of beautiful coats with a dash of white lacquered stripes, black wool gaberdine and striking burgundy silk crêpe. Together these bold colours, fabrics and textures make the individual looks feel part of one complete, chic collection worthy of winning the Brand award. 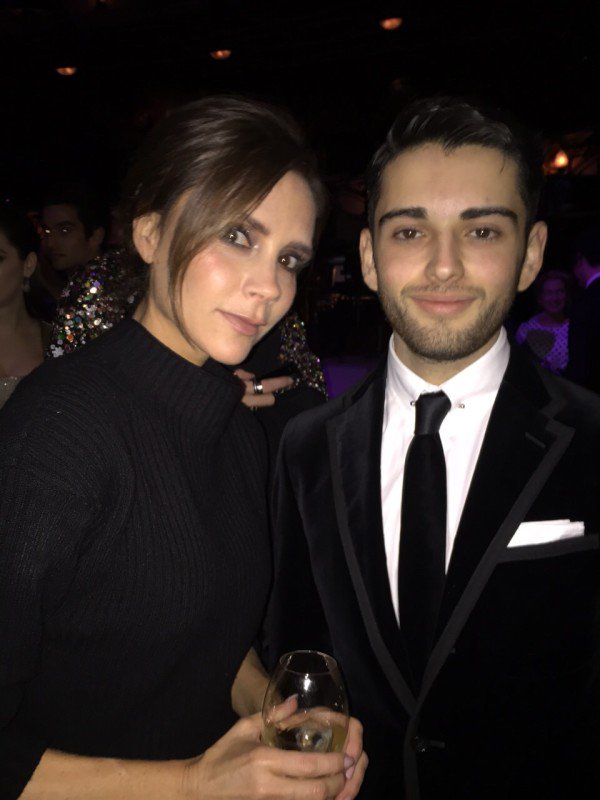 Coby with the winner of the Brand Award 2014; Victoria Beckham 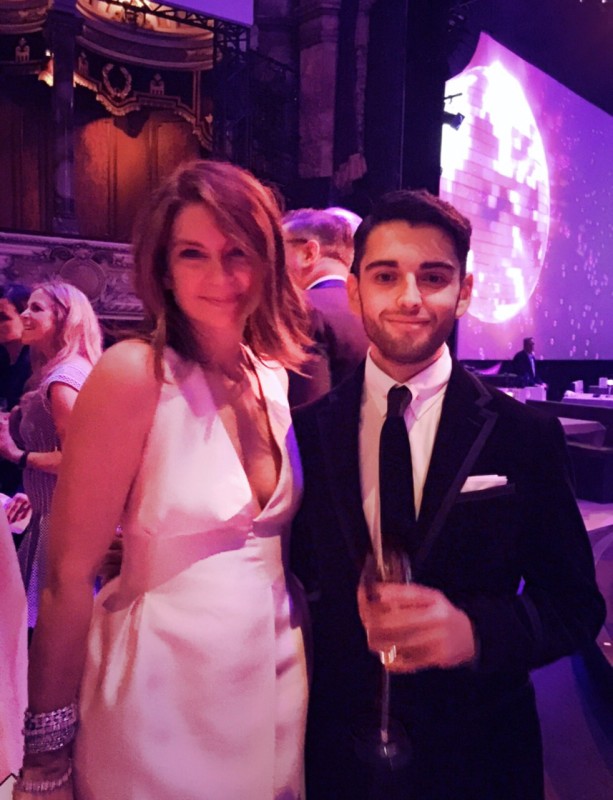 Coby with Womenswear Designer of the year; Erdem Moralioglu